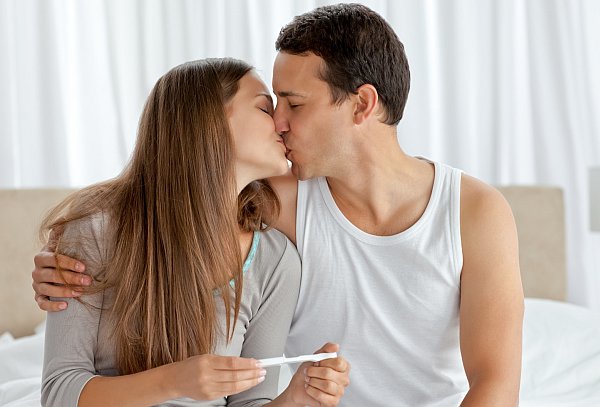 Are there any sexual positions that might help us conceive?

No, there is no scientific evidence that having sex in a particular position increases your chances of conception. There are unsupported claims that it helps to have sex in the missionary position so that the man is on top, or in positions that allow deep penetration, and that a female orgasm can help to pull sperm farther into the cervix. You don’t need to lie on your back with your legs raised after sex to give the sperm the best chance of success either! However, it certainly doesn’t hurt to give any of these methods a try–just having sex, in whatever position you like, will improve your chances of getting pregnant.

I’ve got two sons. How can I improve my chances of conceiving a girl?

It would be nice to think that you can influence the gender of your baby, but unfortunately there is no evidence that you can. Whether your baby is a boy or a girl is dependent on whether the sperm that fertilizes the egg carries an X chromosome (for a girl) or a Y chromosome (for a boy), and this is purely a matter of chance. Nevertheless, you are not the first to ask this question and there are lots of old wives’ tales about it! In the 1960s, a theory called the Shettles Method claimed that X-bearing sperm survive longer in the cervix but move more slowly than faster, smaller, though less healthy, Y-bearing sperm. With this in mind, the theory suggested that you should have sex as close to ovulation as possible for a boy, but two to three days before ovulation for a girl. There are some sex-selection kits available online that utilize this theory, but this method has not been scientifically proven.

Another theory for natural sex selection, also not scientifically proven, is the Whelan Method. This advises having sex two to three days before ovulation for a girl and four to five days before the basal body temperature rises to conceive a boy–which is the opposite advice to the Shettles Method. The Whelan Method also advocates eating a diet that is high in calcium and magnesium for a boy, and eating lots of salty and potassium-rich foods for a girl.

We have one child and know we want another. How long should we wait before trying to get pregnant?

This may depend on your experience the first time around. If you had a normal pregnancy with no complications, there is no reason not to conceive again once you feel ready. However, consider factors such as whether you have the energy to care for a young baby while pregnant and whether you want some time to enjoy the child that you have.

If it took a while for you to conceive, you may want to start trying to get pregnant as soon as you feel ready, though be prepared that you could conceive more quickly this time around. Conversely, if you conceived veryquickly last time, it is not unusual for it to take longer to get pregnant again.

If you had a cesarean section with your first baby, wait for at least a year before getting pregnant again. This is to give your body enough time to recover—becoming pregnant sooner can double the risk of complications in the next pregnancy. Waiting a year also gives your incision a chance to heal. If you would like a vaginal birth next time and you’re not completely healed, there is more chance of rupture during a VBAC (vaginal birth after cesarean section). Any medical complications experienced in your first pregnancy, such as severe vomiting (hyperemesis gravidarum), preeclampsia, gestational diabetes, or a premature birth, could reoccur. You may want to discuss the likelihood of this with your doctor before you begin trying to get pregnant again.